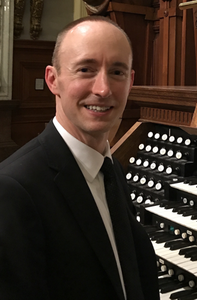 To honor the instrument’s birthday, the public is invited to enjoy an organ concert on
Sunday, February 23 at 3 p.m. in the Cathedral of the Holy Cross in Boston’s South End.
Associate Organist and Choirmaster of The Church of the Advent, Jeremey S. Burns, will
perform a variety of works by Franck, Widor and Alain on the historic pipe organ of 5,318 pipes.

Suggested Donation: $20 | $10 Seniors and Students
Donations will fund the upkeep and restoration of the Cathedral organ.

ABOUT THE ORGANIST
Jeremy S. Bruns has been heard on BBC Radio, regularly on the nationally syndicated radio show Pipe Dreams, and recordings on the Pro Organo label. He is prize-winner in several major international competitions.

Bruns has been featured at the Piccolo Spoleto Festival in Charleston, SC, and has performed numerous recitals with engagements including St. Paul’s Cathedral and Westminster Abbey in London, Canterbury Cathedral, Washington National Cathedral, St. James’ Cathedral in Toronto, Grace Cathedral in San Francisco, Methuen Memorial Music Hall, St. Paul Cathedral and Heinz Memorial Chapel in Pittsburgh, and other venues in the United States and England.