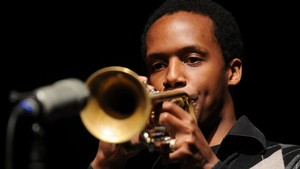 An active band that plays all over the Boston area—including a long tenure as the weekend house band at Wally's Cafe—and at festivals across New England, the Jason Palmer Quintet continues their red-hot Neighborhood Arts debut season with a concert at Roxbury's storied Hibernian Hall.

Internationally-acclaimed trumpeter, composer, and educator Jason Palmer has played with many all-time greats and current stars and has appeared on over 40 albums as a sideman and eight as a leader.