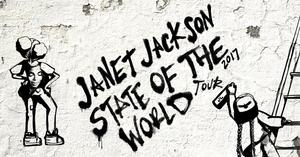 More than four decades into her career, singer, dancer, songwriter, actress and author Janet Jackson remains as influential an all-around entertainer as ever. One of the best-selling artists in history and the female record holder for most consecutive Top 10 hits, Jackson has a catalog of favorites that includes "The Pleasure Principle," "Control," "Nasty," "All for You," "Again," "Rhythm Nation" and many more. But she's not resting on her laurels: her latest album, 2015's Unbreakable, became her seventh to debut at No. 1 on the Billboard 200. See this living legend when she comes to Boston's TD Garden on her State of the World Tour.