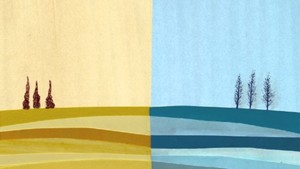 A collection of some of Israel’s best new short cinema including:

Father's Sonata (15min)
55-year-old Noah gave up on his dream of becoming a pianist in his youth. Now that his youngest son 13-year-old Nir, is set to audition for the Music Academy, Noah’s ambition resurfaces and his obsession threatens to disrupt both his and his son’s lives.

If You Only Knew (14min)
After Ellie’s ultrasound reveals that there is no longer a heartbeat, she wanders around the mall in a daze, ending up in a nail salon where she finds sisterhood and comfort.

Image of Victory (25min)
Shortly after Israeli troops entered Gaza in July 2014, Uri, an IDF soldier, was shot and wounded. At the hospital, he is welcomed as a hero. Between treatments and visits from high profile generals and celebrities, Uri and his family reckon with his new status.

In Between, Diary (4min)
An animated diary about a woman’s split between her two homes, in Israel, and in France.

White Eye (21min)
When a young man happens upon his stolen bike, he is determined to get it back but it now belongs to a stranger, who claims he bought it. As the original owner doubles down on his right to the bike, the stakes grow.

Cinema Rex (7min)
Jerusalem, 1938. A divided city. A Jewish boy and an Arab girl meet at the Cinema Rex and form a friendship that crosses language barriers, communicating through the magical language of cinema (and popcorn!).