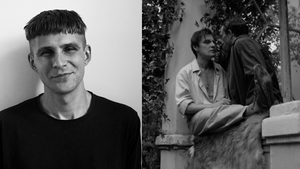 SYNOPSIS:
During Lithuania’s 1941 Lietukis Garage Massacre, Andrius Gluosnis brutally kills Isaac, his Jewish neighbor, whom he believes had reported him to the NKVD. Decades later, Gluosnis’ old friend, now a famous movie director, returns to Soviet Lithuania with a screenplay detailing the events of the massacre. Gluosnis is still plagued with guilt and, when the screenplay is taken in as evidence, images from the past begin to collide with his present. Visually stunning, Isaac takes viewers through several decades, exposing trauma, the shock of war, and the complicated nature of a friendship diverged.

Sunday, November 8th, 3:00pm included with your ticket or pass.