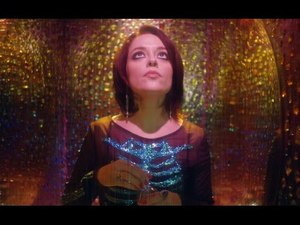 Meanwhile, a mysterious being appears in the Southwestern desert and assumes the identity of the first human likeness she encounters - a magazine cover featuring Julianna. Walking away from the crash site, Imitation finds herself taken into the lives of a kindly Iranian-American loner and his older sister; as she grapples with understanding her new surroundings, she comes to appreciate the beauty and sadness of her new world. On learning of Juliana’s existence, Imitation heads to New York, where only by sacrificing themselves to each other can the cosmic twins complete a full portrait of a woman.

Iranian-American filmmaker Natasha Kermani's elliptical, poetic film portrays a sad-eyed junkie struggling to keep it together and a Farsi-speaking alien from beyond the stars whose intention is not to invade or snatch a body, but to facilitate an escape for a young woman at an existential crossroads.

Join us for this one-night-only screening, fresh from successful recent premieres at Cinequest and the UK's one and only FrightFest!

"Dispatches From the Underground" is a new monthly screening series featuring selections from the BUFF vault & beyond. Stay tuned for more unearthed oddities every month at the Somerville Theater microcinema!