Iliza Shlesinger Live at Arts at the Armory 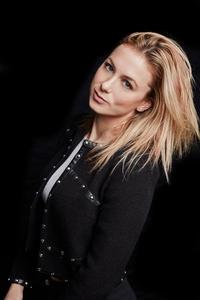 Where:
https://www.axs.com/events/340217/iliza-shlesinger-live-tickets?skin=boweryboston Arts at the Armory
191 Highland Avenue
Somerville, MA 02143-1544

Iliza is one of today’s leading comedians with fan base who show their loyalty by creating their own Iliza inspired swag to wear to her shows. She recently completed the inaugural season of “Truth & Iliza,” her very own late night talk show on Freeform (formerly ABC Family). The self styled talk show will be a cross between social commentary, politics, pop culture and Iliza’s specific brand of feminism. In November 2017, her first book Girl Logic: The Genius and the Absurdity, a subversively funny collection of essays and observations on a confident woman's approach to friendship, singlehood, and relationships, will be published through Weinstein Books.

Originally from Dallas, Iliza moved to Los Angeles after graduating from Emerson College. She is the only female and youngest comedian to hold the title of NBC's Last Comic Standing. Her debut one-hour comedy special, War Paint, reached #1 on the iTunes charts and was named one of its Top 10 Albums of 2013. Iliza’s follow-up, Freezing Hot, a Netflix Original Comedy Special, sealed her title as one of the hottest touring acts in America, with Esquire Magazine listing her as one of the top working comedians today.

In September 2016, Iliza premiered her latest Netflix special, Confirmed Kills, which finds the comedian in top form, tackling poignant topics while not trading on laughs. She recently wrapped up her first 15 city national theatre tour with “Iliza: The Confirmed Kills Tour” and is currently readying her next stand-up special.

Iliza’s stand-up credentials also include headlining the coveted Montreal Just For Laughs Festival and The New York Comedy Festival. As a national headliner, Iliza tours year-round selling out theatres, clubs and colleges. She also participated in the Chairman of the Joint Chiefs of Staff's personal USO Tour throughout the Middle East and Europe, as well as Al Roker's Today Show USO Tour in Afghanistan, with Jay Leno and Craig Robinson.

For the second year in a row, Iliza was recently feature in Elle’s “Women in Comedy” annual issue and her television credits include multiple appearances on “The Tonight Show with Jimmy Fallon,” “The Late Late Show with James Corden,” “The Today Show.” Additionally, her digital scripted series, Forever 31 is currently streaming on ABCd and Hulu and has already been picked up for a second season.

Iliza lives in Los Angeles where she spends time making up songs and nicknames for her dog Blanche.