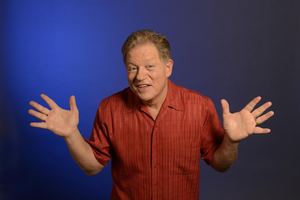 Comedian, commentator, and founder of the new social enterprise Humor for Humanity, Jimmy Tingle will feature Berklee City Music® as its nonprofit partner.
The event will feature two acts: pre-show music featuring City Music students and an opening welcome and comedic monologue by Tingle.
Tingle will then discuss the mission and challenges of the City Music program with Krystal Prime Banfield, dean of Berklee City Music, who is also a City Music alumna and a current City Music College Scholar. The discussion will be followed by a performance by Berklee City Music students to close out the first act.
Act two will feature a 60-minute performance by Tingle, highlighting his satirical yet hopeful take on the people and issues facing the nation and the world in the age of President Trump.
Humor for Humanity aspires to use entertainment for purposes beyond entertainment. The mission is to help raise spirits, funds, and awareness for nonprofits, charities, and social causes through media and live events.

About Jimmy Tingle
Tingle is a comedian, commentator, activist, actor, and entrepreneur who rose up from the Boston comedy boom of the 1980s. He was a regular contributor to CBS’s 60 Minutes II, and has appeared on the Tonight Show, Late Night with Conan O’Brien, HBO and Fresh Air with Terry Gross. He is a 2010 graduate of Harvard’s Kennedy School of Government and was that year’s graduate school commencement speaker.