Higher Laws: Black and White Transcendentalists and the Fight Against Slavery 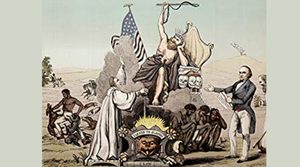 In the cauldron of the antislavery movement, antislavery activists and Transcendentalist intellectuals, developed a "Higher Law" ethos, a unique set of romantic political sensibilities—marked by moral enthusiasms, democratic idealism, and a vision of the self that could judge political questions from "higher" standards of morality and reason. The Transcendentalism that emerges here was intended to fight slavery, but it would influence later labor, feminist, civil rights, and environmentalist activism. African American thinkers and activists have long engaged with American Transcendentalist ideas about "double consciousness," nonconformity, and civil disobedience. When thinkers like Martin Luther King, Jr., or W. E. B. Du Bois invoked Transcendentalist ideas, they were putting to use an intellectual movement that black radicals had participated in since the 1830s.