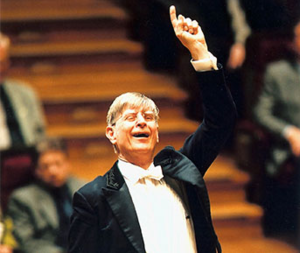 Renowned Massachusetts-born Swedish conductor Herbert Blomstedt returns to the Symphony Hall stage with a trio of Mozart symphonies. Composed in 1780 for an unknown occasion, the three-movement No. 34 in C major was the last symphony Mozart completed in Salzburg before relocating permanently to Vienna. The story of his Linz Symphony, No. 36, is one of those illustrating his surpassing genius. Passing through Linz in late 1783 on his way back to Vienna from a Salzburg visit, he was honored with a request for a concert of his music, but had no symphony with him-so he wrote this delightful piece in a mere four days. Composed five years later, the Jupiter Symphony was Mozart's last. Its elegance, mastery of counterpoint, and expressive power have secured its place as an epitome of the genre.