Healing in the Wake of Community Violence: Lessons from Newtown and Beyond: Panel Discussion 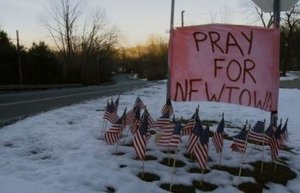 William James College, the largest graduate psychology program in New England and a leader in educating mental health professionals, alongside the Science, Religion, and Culture Program at Harvard Divinity School, will co-sponsor “Healing in the Wake of Community Violence: Lessons from Newtown and Beyond: Panel Discussion” on April 18, 2017 as a part of the Project on Law and Applied Neuroscience, a collaboration between the Center for Law, Brain & Behavior at Massachusetts General Hospital and the Petrie-Flom Center for Health Law Policy, Biotechnology, and Bioethics at Harvard Law School. Robert Kinscherff, Associate Professor of the Doctoral Program in Clinical Psychology at William James College and Senior Fellow in Law and Applied Neuroscience at Harvard Law School, organized the event and will act as program emcee.

Moderated by Ahmed Ragab, Director of the Science, Religion, and Culture Program at Harvard Divinity School, the panel discussion will include a screening of award winning film “Newtown” and a discussion of public health, gun violence, and responses to community trauma with distinguished panelists. The panelists include:

The documentary film “Newtown” examines the impact of the mass shooting at Sandy Hook Elementary School in December 2012 and how the traumatized community fractured by grief was driven toward a sense of purpose. After the film, panelists will address the community experience at Newtown as part of a broader discussion of the issues of gun violence, community trauma, and public health approaches to healing. Discussion will highlight the issue of “healing the helpers”—the first responders, medical staff, clergy, mental health providers, and others who respond to the needs of victims, families, and communities in the wake of community violence.

The event is free and open to the public.