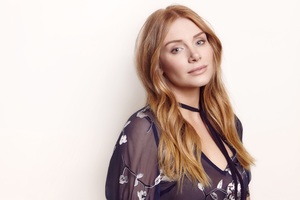 Admission:
$Parade is free to attend

The Hasty Pudding Theatricals, the oldest theatrical organization in the United States, announces celebrated actress, producer, and director BRYCE DALLAS HOWARD as the recipient of its 2019 Woman of the Year Award. The Pudding is excited to honor an accomplished actress who has given such a wide range of critically acclaimed performances, and is committed to expanding the role of women in every aspect of storytelling.

The Woman of the Year festivities, presented by RELATED, Equinox, and MAC Cosmetics, will begin at 3:00pm on January 31st, 2019, when Ms. Howard will lead a parade through the streets of Cambridge. Following the parade, the Hasty Pudding Theatricals will host a celebratory roast for Ms. Howard at 4:00pm, after which she will be presented with her Pudding Pot at Farkas Hall, the Hasty Pudding’s historic home in Harvard Square since 1888. A press conference will follow the presentation at 4:30pm. Afterwards, the Hasty Pudding Theatricals will preview their 171st production France France Revolution, the historic first featuring a cast of both men and women.

“We are thrilled to honor Bryce Dallas Howard as our 68th Woman of the Year and for her to witness the groundbreaking first performance with our wonderful cast, featuring six talented Harvard women,” said co-producer Elizabeth Mann. “In addition to being fans of Bryce’s work in TV and film, we admire her efforts to forge new pathways for female artists and creatives in Hollywood. Our entire company can’t wait to celebrate her, as long as she leaves the velociraptors from Jurassic World at home!” added Mariana Sanchez-Medina, the Pudding’s other co-producer.

BRYCE DALLAS HOWARD continues to be a versatile and dynamic talent, both on-screen and behind the camera. Howard will next be seen in Paramount’s ROCKETMAN, produced by Matthew Vaughn with Elton John and David Furnish, the biopic about the musical legend is set for release on May 31, 2019. As a filmmaker, Howard will be directing the adaptation of Matthew Quick’s novel SORTA LIKE A ROCKSTAR for Netflix as well as, the feature length documentary, DADS with Imagine Entertainment.

Currently, Howard lends her voice to Sony’s A DOG’S WAY HOME. From author W. Bruce Cameron, the story follows a dog, Bella (Howard), who is separated from her owner and travels an epic 400-mile journey to find her way back home.

Last year, Howard starred alongside Chris Pratt in Universal’s JURASSIC WORLD: FALLEN KINGDOM, the sequel to the 2015 box office juggernaut JURASSIC WORLD. In 2017, Howard starred with Matthew McConaughey in Stephen Gaghan’s GOLD. The previous year, she starred in an episode of Netflix’s critically acclaimed series BLACK MIRROR. Howard’s episode ‘Nosedive,’ directed by Joe Wright, garnered her a 2017 SAG Award nomination in the category of “Outstanding Performance by a Female Actor in a Television Movie or Limited Series.”

Other film credits include Disney’s PETE’S DRAGON alongside Robert Redford, Clint Eastwood’s HEREAFTER with Matt Damon, 50/50 opposite Seth Rogen and Joseph Gordon-Levitt, Tate Taylor’s award-winning screen adaptation of THE HELP as well as THE TWILIGHT SAGA: ECLIPSE; Tennessee Williams’ THE LOSS OF A TEARDROP DIAMOND; McG’s TERMINATOR SALVATION; Sam Raimi’s SPIDER MAN 3; M. Night Shyamalan’s LADY IN THE WATER; and Lars von Trier’s MANDERLAY. Bryce made her film debut in M. Night Shyamalan’s THE VILLAGE opposite Joaquin Phoenix. She also received a 2008 Golden Globe nomination for her performance as Rosalind in HBO’s adaptation of Shakespeare’s AS YOU LIKE IT, written and directed by Kenneth Branagh.

Howard has directed for multiple campaigns such as Canon’s PROJECT IMAGINATION, MoroccanOil’s INSPIRED, Vanity Fair’s DECADE SERIES with Radical Media, and Glamour Magazine’s REEL MOMENTS. Howard has also directed for MTV’s Supervideo: M83’s CLAUDIA LEWIS, Sony and Lifetime’s FIVE MORE: CALL ME CRAZY and SOLEMATES in conjunction with Canon’s “Project Imagination: The Trailer”, which screened at the 2016 Sundance Film Festival. With over a dozen short films under the belt, she has received numerous accolades for her work, including being shortlisted for an Oscar in 2012 for her half hour film WHEN YOU FIND ME. Howard also produced the Sony Classics film RESTLESS starring Mia Wasikowska with director Gus Van Sant. RESTLESS was featured as part of the 2011 Toronto Film Festival and opened the 2011 Cannes Film Festival Un Certain Regard selection.

Leaving the Tisch School of the Arts program at New York University to perform on the New York stage, Howard starred in in the Roundabout’s Broadway production of “Tartuffe”, in the Public Theatre’s “As You Like It”, in the Manhattan Theater Club’s production of Alan Ayckbourn’s “House/Garden” and in the Bay Street Theater Festival’s production of “Our Town”.

Howard is the founder of Nine Muses Entertainment and is currently a guest lecturer crafting and teaching a new course at NYU Tisch School of the Arts within the Drama Department.