Harboring @ Home: An Evening with Oompa 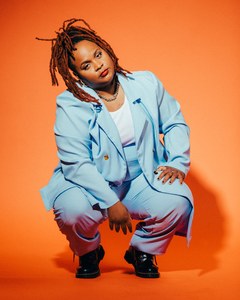 Join Boston Harbor Now and AfroDesiaCity for the second installment of our virtual arts series, this time featuring poet and rapper Oompa!

About Oompa: Oompa is a nationally-acclaimed, Boston-born, poet, rapper, and educator, who is forever representing the queer, black, orphaned, hood kids n’ them. She was named one of NPR’s 2020 Slingshot Artists to Watch and her engaging, interactive performing style won her the Boston Music Award for Live Act of the Year in 2019, following her 2018 Unsigned Artist of the Year victory among an unprecedented 12 total nominations. In a 2019 feature, WBUR’s the Artery describes the lyric-focused rapper as having a “natural tenderness with language” and calls her verses “funny...incisive and memorable.” Oompa showed this poetic prowess as the winner of the 2017 Women of the World Poetry Slam and a finalist in the 2016 National Poetry Slam. With the release of her newest album, Cleo, Oompa has sold out the Sinclair and a number of other Boston venues. She has been featured by NPR, the Huffington Post, Boston Globe, Boston Magazine, WGBH, DigBoston, and NBC 10 and is the recipient of the 2019 Brother Thomas Fellowship, enriching Boston and the world beyond with her work.

About AfroDesiaCity: AfroDesiaCity curates and coordinates live music events, social gatherings, and celebrations infused with an intelligent, innovative, and irreverent sense of soul. As we lead the renaissance of soulful entertainment in Boston, we’re setting the stage for the city to step into the spotlight as one of the nation’s premier urban music metropolises.