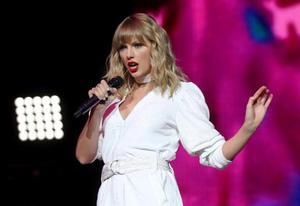 Enjoy the sights and sounds of live music with an international cast of students celebrating the artistry and songwriting prowess of Taylor Swift. Produced by Maureen McMullan ’09, this concert will feature a diverse array of Berklee’s most outstanding vocalists, instrumentalists, arrangers, and track producers as they interpret some of Swift’s most popular songs, including “Shake It Off,” “You Belong with Me,” “Blank Space,” “Love Story,” “Bad Blood,” “I Knew You Were Trouble,” “Look What You Made Me Do,” and “Cardigan,” showcasing Swift’s wide and varied stylistic range.

Swift is one of the most prolific American performer-songwriters of the 21st century, with over 200 million records sold worldwide. Her evolution from rising country artist to established pop icon has placed her among the most renowned of American artists, with 11 Grammys, 11 MTV awards, and 12 Country Music Awards. Named by Rolling Stone as one of the 100 greatest songwriters of all time, Swift holds the records for the most Billboard Music Awards (25) for any female artist, and the most American Music Awards (32) for any artist in history. Her album Fearless was named by NPR as among the all-time greatest albums made by women, for its message of liberation and self-affirmation. Her 2018 series of stadium concerts, in support of her album Reputation, remains the highest-grossing North American tour of all time for any female artist, surpassing her own previous record set in 2015.

Today, Swift continues her reign atop the American music industry, shaping the landscape with a fiercely devoted army of social media followers (the 200 million-plus “Swifties”) who recently propelled her to a record third-consecutive Artist of the Year win at the American Music Awards, as well as an unprecedented third Grammy Award for Album of the Year.