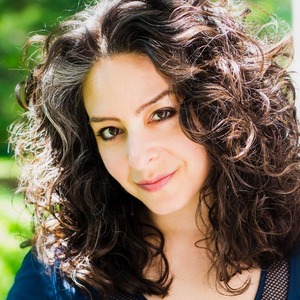 During the reign of Louis XIII in France (1610-1643), both music and dance became increasingly important at court. Musicians were challenged to compose high-quality airs and court dances for special occasions – in styles ranging from the rustic to the very refined. In their program “Grand Ballet de Cour”, El Dorado Ensemble and Carrie Cheron will perform songs, solos, fantasies and dances by some of the most notable musicians at the court of Louis XIII, including a set of spectacular vocal variations on Boesset’s “N’espérez plus mes yeux”, as well as a beautiful (and seldom-heard) lute suite by Mesangeau, and a rousing instrumental and vocal finale (“Grand Ballet”) by Moulinié.

Praised for her "warm tone," and for having “the voice of an angel,” mezzo-soprano Carrie Cheron has performed as a soloist with and as an ensemble member of such groups as Boston Baroque, Handel + Haydn Society, Eudaemonia, Lorelei Ensemble, Emmanuel Music, The American Classical Orchestra, Arcadia Players, Newton Baroque, Exsultemus, Yale Choral Artists, and Skylark Vocal Ensemble, among others. A champion of contemporary classical composition, Carrie is also a nationally recognized performing singer/songwriter. Carol Lewis and Olav Chris Henriksen are two of America’s leading early musicians, performing frequently in recitals individually and together, as well as with internationally celebrated ensembles including Boston Camerata, Hespèrion, Capriccio Stravagante, Waverly Consort, and Tafelmusik Baroque Orchestra.