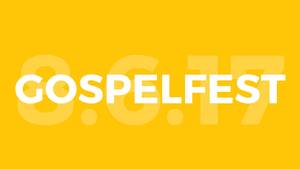 Anthony Brown, a prodigy who began playing piano at age 3, reached No. 1 on the Billboard charts for his song, “It Ain’t Over.” His music career took off in 2012 with the release of his debut studio album, Anthony Brown & group therAPy. He released his sophomore album, Everyday Jesus, three years later in 2015. Brown, who is also the Assistant Minister of Music at the First Baptist Church of Glenarden in his home state of Maryland, has had an undeniable and profound impact on the genre of gospel music.

Under the direction of Donovan McLean Jr., The Kingdom Builders released their debut project, For Your Glory, in August 2015. Since then, they have performed at various venues, preaching about the transformative power of God through their music.

Margaret Holmes & The Gospel T’s, a family-based group from Boston, will also be performing. Siblings Treva, Timmealya, and Tyricky, along with grandmother Margaret Holmes have been singing together for sixteen years. The group recently released their EP, Saved. Margaret Holmes has also been given an Award of Achievement on behalf of the City due to her “gracious heart and commitment to the City of Boston.”

Plus, for the second year in a row, the Mayor’s Community Gospel Choir will wow with their vocals. This sixteen-person group is organized by the Mayor’s Office’s own Edna Wilkie.