Gallery Talk: "The Presence of Absence" 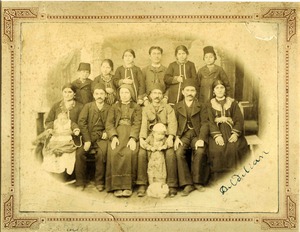 The Armenian Museum of America is pleased to welcome back Professor Armen Marsoobian for a Gallery Talk on his exhibit, “Reimagining A Lost Homeland,” at 3:00 pm on March 4.

The talk, “The Presence of Absence: The Role of Photography in the Lives of Ottoman Armenians,” is co-sponsored by Project SAVE Armenian Photograph Archives and will explore the uses of professional photography for the Armenians living in the Ottoman Empire.

Marsoobian’s book, “Fragments of a Lost Homeland: Remembering Armenia” will be available for purchase during the event and a reception will be held at the conclusion of the talk.

Photography was introduced into the Anatolian interior and the Armenian plateau in the 1870s. This was at the beginning of a period that would mark great demographic change for the region, especially among its non-Muslim communities.

As was the case throughout the Ottoman Empire, professional photography in these regions was dominated by Armenian and, to a lesser extent, Greek photographers. Yet the historically dominant view of Ottoman photography is based upon the over-sized role played by the famous photography studios of Constantinople’s Pera district.

In contrast, much can be learned about how families used the new medium to maintain family cohesion during long periods of separation and over great distances, when the vernacular photography of the interior is examined.

Additionally, photography played an important role in the relief and recovery efforts that marked the aftermath of the Armenian catastrophe.