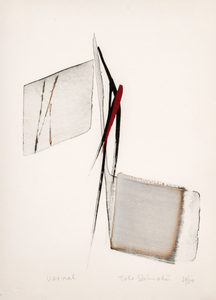 The reception will begin at 5PM in the Boston Gallery, followed by the talk at 5:30PM.

This event is held in conjunction with Skinner's September live Asian Works of Art auction and Japanese Prints online auction.

About the Speaker:
Allison Tolman represents leading Japanese artists whose principal medium is paper. A second generation dealer of contemporary Japanese prints, Ms. Tolman was raised in Tokyo where she attended the Lycee Franco-Japonais. She returned to the United States for university studies, graduating from Yale College in 1981 with a BA in Japanese Economics.

Ms. Tolman is a private dealer in New York City and also participates in various art fairs across the United States. She lectures frequently on contemporary Japanese prints and is actively involved in building private, corporate and museum collections of contemporary Japanese works on paper. She regularly appraises 20th and 21st century Japanese prints. She is a current board member of the Print Club of New York and a board member of the Japanese Art Society of America where she currently serves as Treasurer.