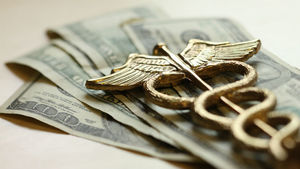 Come join us for a night of networking with Greater Boston's leading healthcare technology innovation professionals. Network with a variety of professionals to grow your business or career success over a wide spread of refreshments.

Learn about the process of funding a healthcare innovation and considerations that you should make when deciding if you should seek funding from venture capitalists and angel investors. Schedule

Alternatively, you can apply to attend for free through Stay in MA at http://stayinma.com/ if you are a full time college student.

You can also attend for free if you volunteer to help us out and take a shift (many are only 1 hour long) in the many roles that we need filled. Please see http://bit.ly/2wLjFMe if you are interested in signing up for a shift.

Ziad Moukheiber is CEO of Boston Harbor Angels one of the leading angel investing groups is the US. He is also Managing Partner at BeaconHill Ventures LLC, an angel and early stage investment firm based in Boston Massachusetts focusing on Life Sciences and IT.

A business leader with over two decade of experience in building scalable organizations and advising companies in sales, marketing, operations, IT, service delivery, and customer service, Ziad founded SilverSword in 1998. He and his team have built SilverSword into a leading IT consulting company that provides an outstanding customer service experience for their New England area clients. Silversword was acquired in 2015 by NSK Inc.

Ziad earned his BA degree at the American University of Beirut (1992) and his master's degree at the Interactive Telecommunications Program at the Tisch School of the Arts of New York University (1996). Founded in 1979 as the first graduate education program in alternative media, ITP is internationally recognized as a unique and vital contributor of new ideas and talented individuals to the professional world of multimedia and interactivity.

David Hendren is Managing Director and General Partner of New Technology Ventures, a multi-stage venture capital firm based in the Greater Boston area, where he focuses on opportunities in healthcare, biomedical technology, healthcare IT, and technology enabled services in healthcare. David has extensive experience in funding and building successful ventures from incubation to exit, with particular expertise in healthcare, life science, and related technology and services. His 25+ year career has afforded broad perspective from virtually all sides of the table with roles including VC, entrepreneur, CEO, leader, business advisor, consultant, and counsel. As a VC, David has led and co-invested in deals with top-tier firms and strategic investors, with exits including IPO, M&A, and technology licensing transactions. In operating, board, and advisory roles, David has been central to creating plans and strategies to commercialize innovative technologies and technology-enabled services, as well as in building and developing entrepreneurial teams to execute plans and drive adoption in market areas including medical devices, diagnostics, drugs, IT, healthcare service delivery, and healthcare management services.

David began his career as a corporate lawyer, working with clients ranging from start-ups to established public and private companies; venture capital firms and other institutions providing financing; healthcare provider groups and institutions; and entrepreneurs and organizations involved in commercializing health care and other technology. In addition to serving as a Director on various corporate boards, he has served on advisory boards in healthcare, higher education and investment banking, and has presented, lectured, and written on various topics relating to entrepreneurship, business, management, healthcare, and finance. He has served as Entrepreneur-in-Residence and taught in various programs at Babson College, a leading institution in entrepreneurship, as well as serving as a guest lecturer in programs at the Tuck School of Business and the Thayer School of Engineering at Dartmouth College. He received his AB from Dartmouth College and his JD from Northwestern University Pritzker School of Law.

Dr. Andrew Jay leads the Healthcare investing effort at next47, the venture arm of Siemens. His team invests globally in imaging, diagnostic, and services companies. Since initiating the Fund in late 2002, his team has closed and exited multiple investments including Sequenom, USystems, Viewray and Zonare.

Dr. Jay previously was an I.I. ranked medical technology analyst for Deutsche Bank. He published over 10,000 pages of financial research on cardiology, orthopedics, vision, diabetes, diagnostics and neurology. He was instrumental in raising over $2 billion in equity capital, and bringing over 20 companies public. He was frequently interviewed in the financial press including the Wall Street Journal, Investors Business Daily, CNN and MSNBC.

He has an MBA from Northwestern’s Kellogg School, a DMD from the University of Pennsylvania and a Bachelor of Science from Rensselaer Polytechnic Institute. Outside of the office Andrew founded the Massachusetts Oyster Project, a non-profit that has re-introduced water cleansing oysters into Boston Harbor after an absence of 50 years. The organization can be found at www.massoyster.org. He also is a Trustee at the Worcester Art Museum. He previously served on the Scientific Advisory Board of the Massachusetts Life Sciences Center and the Patent Committee at the Forsyth Institute.

After receiving a degree in Nuclear Engineering from the University of Massachusetts at Lowell, Tom studied Medical Physics at the Harvard/MIT Health Sciences and Technology joint program graduating with a Masters degree in 1982. During his academic career he worked at Los Alamos, the Swiss Institute for Nuclear Research (now the Paul Scherer Institute), Brookhaven National Laboratory, and the Massachusetts General Hospital as a research associate in radiation biophysics.

Tom then joined Siemens Medical Systems where, after 9 years, he became the first non-German CEO of a German factory and business unit. He left Siemens after 15 years to become CEO of the global medical operations of Carl Zeiss. Completing a successful turnaround, he joined Analogic Corporation as CEO. After three years and a doubling of the stock price, Tom left to become CEO of LightLab Imaging, a start-up that he helped to establish. Completing a profitable sale of LightLab to a Japanese company, Tom re-joined Siemens eventually serving as a member of the operating board of Siemens Healthcare and the CEO of the Customer Solutions Division, responsible for 26,000 employees in over 130 countries.

Tom is a frequent speaker on healthcare technology and business at such venues as the National Press Club, the National Library of Medicine, the National Institute of Health, and the American Hospital Association. He was selected by the diagnostic imaging industry to provide Congressional testimony to the House Health Sub-Committee in June of 2009 and to speak on breast cancer technology at the European Parliament in 2012. Sponsored by the American Hospital Association, Tom gave the keynote at the Health Executive Forum in Arizona in 2013 on sustainable healthcare and Precision Medicine and authored an article for Arab Health Magazine summarizing a keynote speech given at the 2013 Arab Health meeting in Dubai on the same topic.

Tom’s international reputation gave him the honor of giving the 2013 commencement address at the India Institute of Technology in Roorkee, and keynote addresses to the Chinese Private Hospital Association in 2014 in Wuhan, the Innovation for Health Conference in 2015 in Amsterdam, the 2015 TiE Leapfrog Conference in Bangalore, the 2016 World Executive Healthcare Forum in Montreal, and in 2017 he both organized and spoke at the first Precision Medicine in Oncology Conference in Tianjin China.