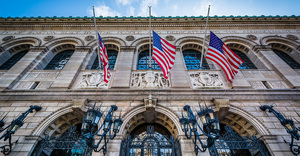 The City of Boston has announced the distribution plan for free, at-home rapid antigen test kits for all city residents. The initial distribution began this past weekend with delivery of test kits to many Boston Public Library branches and Boston Centers for Youth & Families community centers. Boston residents seeking a test kit will also be able to obtain kits for their immediate family, subject to availability. The Boston Public Health Commission (BPHC) is also coordinating with the Office of Emergency Management, Boston Public Schools, and other city departments on the distribution plan.

Last week, state officials announced that they would be providing 2.1 million kits statewide. With these state kits and the City’s initial purchase of test kits earlier in the month, the City of Boston will be providing more than 260,000 kits for distribution throughout Boston. Each kit contains two tests, meaning there are over half a million free rapid tests available to residents.