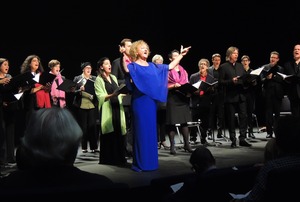 First commissioned by the Paris Philharmonie in a program Early Music America called “profoundly researched and well thought out,” Free America! celebrates ideas fostered by the young American Republic in the late 1700s and early 1800s that continue to be debated to this day. Union, Liberty, and Democracy were the unifying ideals of the federation: a desire for a new social harmony, a new system of common beliefs, on a new soil which was often equated to the Promised Land.

The repertoire of Free America! consists of music for voices, for voices with instruments, and for instruments alone. Each of these settings, employing straightforward texts and musical language, speaks directly to the hearts and minds of the performers. Several works, including songs from the manuscript musical archive of the Maine Shaker community, evoke the injustices of slavery. The instrumental music comes from various sources, including manuscript booklets from the hands of early flutists and fiddlers.