Frankie Valli and the Four Seasons (Engagement is being rescheduled) 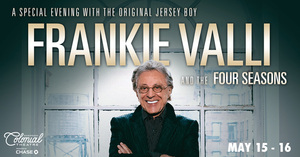 Frankie Valli has sold over 175 million records worldwide in a career spanning over 55 years. Known for such classic hits as “Sherry,” “Big Girls Don’t Cry,” “Walk Like a Man,” “Rag Doll,” “My Eyes Adored You,” “Who Loves You” and “Can’t Take My Eyes Off of You,” Frankie & The Four Seasons continue to be a top concert draw receiving nightly ovations from thrilled fans of multiple generations.