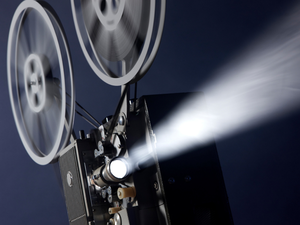 Join the French Cultural Center and its Francophonie Film Festival partners for screenings of three French-language films in celebration of the diversity of French-speaking world.

Films include:
"Hochelaga, Land of Souls (Hochelaga, Terre des Âmes)" co-presented with the Délégation du Québec à Boston. When a sinkhole suddenly opens up on the field of a downtown Montreal football stadium during a game, the city's past and present begin to intersect.

"Sauvage (Wild)" co-presented with the Wicked Queer Film Festival. The film follows Leo, a 22-year-old who sells his body on the street for a bit of cash. The men come and go, and he stays right here — longing for love.*

"Sorry Angel (Plaire, aimer et courir vite)" co-presented with Wicked Queer Film Festival, the Consulat Général de France à Boston, and the Cultural Services of the French Embassy. While on a work trip, a thirty-something semi-renowned writer and single father meets a twenty-something aspiring filmmaker who is experiencing a sexual awakening and eager to get out of his parochial life. *