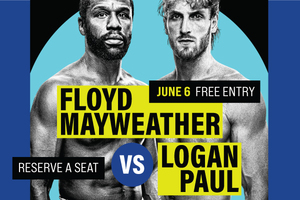 Watch for FREE on our huge video wall and surrounding HDTVs, perfectly situated around the restaurant so you won’t miss a single punch.

Streaming will begin at 7 pm CST but plan to stick around later into the evening for the main event expected to start around 11 pm CST. Seating will be first-come-first-serve after 8 pm