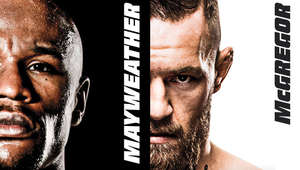 Get half-priced tickets with this link:

Irishman Conor McGregor is an Ultimate Fighting Championship star, yet he's never boxed competitively. Floyd Mayweather is 49-0 as a pro boxer, with wins in 26 world title fights. The only other times he's come up against a boxing debutant were in the first and fourth fights of his career. So it goes without saying that the rookie's highly anticipated bout with the boxing legend is going to make for interesting watching. Blow off some steam and be part of the energy high at this House of Blues viewing party in Boston where you can watch the fight on their 24-foot screen.