Esther: For Such A Time As This 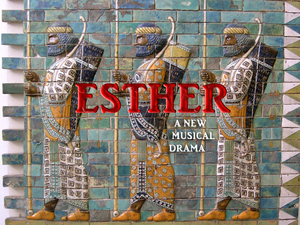 Esther: For Such A Time As This

The story of a girl with two names; one hidden.

The story of two kings; one hidden.

A story of two decrees: one to destroy a people, the other to save a people.

That which is hidden comes to light in this new musical adaptation of the Biblical story of a Jewish orphan who becomes Queen to the Persian Emperor, King Ahasuerus (Xerxes) at a time when his reign has become plagued with political intrigue, plots of sabotage and genocide that threaten the unity of the Empire.

A company of 80 actors, singers, and dancers with a live orchestra will transport audiences to the magnificent winter palace of King Ahasuerus in the 5th century BC Persian capital city of Susa.

For the latest news and a behind the scenes glimpse of the ongoing creation of our Esther production, premiering this September 20-29, visit us at www.Facebook.com/NewLifeFineArts