ENGINEERING MY WAY THROUGH A CAREER IN TECH 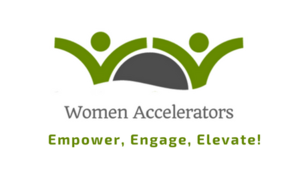 How does an engineer at Bell Laboratories in the 1980’s wind up as a champion of women in science in Europe? Hear the story of one female computer scientist as she navigated through some of America’s most esteemed technology companies, built a career in Silicon Valley and then had to start over after moving to Prague when her husband became U.S. Ambassador to the Czech Republic. Plenty of career hacks will be provided as we look forward to a lively session peppered with entertaining stories and serious advice.

Tamar Newberger is a computer scientist who has held executive positions and leadership roles in companies such as AT&T, Novell, SCO and Catbird, a Silicon-Valley start-up focused on cloud security which was sold in 2017. For the past three years, Ms. Newberger lived in Prague where her husband served as the United States Ambassador to the Czech Republic. Tamar is active in promoting technology and science to young women considering careers in these fields, both in the USA and abroad.
Prior to relocating to Prague, Tamar was on the board of The Young Women’s Leadership Charter School, Chicago’s only all-girls public school, whose mission is to help lower-income Chicago young women prepare for college and beyond. YWLCS has a particular emphasis on STEM (Science, Technology, Engineering and Mathematics) curriculum. She is also on the board of a women’s foundation in Chicago and was on the Technology Advisory Committee for Obama.