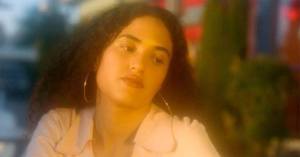 Empress of, Salt Cathedral, DJ Carbo spins at doors and in between sets

Lorely Rodriguez, the singular mind behind Empress Of, is a 23-year-old songwriter and producer living Brooklyn, NY. In the early part of 2012, she began a personal songwriting exercise, writing and recording a daily series of one-minute ideas. Completing each of these snippets in several hours apiece, she eventually amassed a catalog of about fifty. Selections from this series were eventually uploaded to YouTube anonymously, each paired with a blank color swatch. The fruits of this project, deemed a series of “colorminutes”, were released on cassette via the Japanese record label, Big Love, and effectively served as the launch of Empress Of.

A debut seven-inch single featuring two more fully-formed recordings, “Don’t Tell Me”, the hyper-emotional and affecting ballad, and “Champagne”, a far more frantic but no less beautiful song, was released later that year by No Recordings. The following spring, she continued forward with an EP released via Terrible Records. The four-song EP features two songs in English, and two in Lorely’s native tongue, Spanish. An immediately apparently common thread with the songs on this EP is the skillful straddling of highly complex and almost bizarre choices Lorely makes with her songwriting, arrangement, and melodies, while retaining an undeniable penchant for pure pop sensibilities and accessibility. This makes for a thrilling and distinctive end product; an amalgamation of fragmented influences spanning the traditional Honduran music she grew up with and some of her more modern inspirations: Liz Fraser, Antennae, and Broadcast.

In the latter half of 2013, following domestic and international touring stints, her most ambitious recording to date, “Realize You” was self-released online to critical acclaim. Illustrating great progress in production and an even more broad swath of songwriting chops, incorporating witty lyricism and soaring melodies, this is just a hint of what remains in store for the future. Throughout 2014, Lorely has been hard at work on her debut album, which will be released in early 2015 by XL Recordings and Terrible Records.