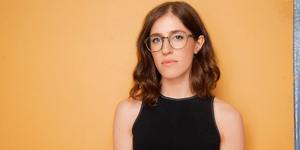 Emmy Blotnick is a comedian and writer based in New York. Her half hour standup special will air on Comedy Central later this year. Currently she is Head Writer/Co-Executive Producer of The President Show on Comedy Central.