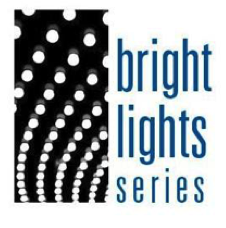 Tuesday, October 24: Rasheed
Samia Badih | Documentary | 74 minutes | USA/Lebanon/UAE, 2017
Film ratings: W, POC, SJ, I
Rasheed documents the life of Badih’s late uncle, Rasheed Broum, who was killed at the age of 29 in an airstrike in the city of Sidon during the Israeli invasion of Lebanon in 1982—three years before she was born. More than 30 years after the tragedy, Badih goes on a quest to find out more about her uncle’s story of life and death, as it is told by the friends and family who survived him and knew him best, mainly his sister Rasha and his best friend Ghassan. At the heart of the film is the story of Rasheed’s sister, Rasha, who has not coped well with her brother’s loss. Rasheed captures one of the many war stories from the southern city of Sidon, Lebanon, through Badih’s own personal journey. A discussion with director Samia Badih via Skype will follow the screening.
All screenings start at 7:00 pm and take place at Emerson’s Paramount Center Bright Family Screening Room, located at 559 Washington Street, Boston. Seating is first come, first served. There is no advance registration.
For additional information about screenings and updates on special guests, visit the Bright Lights Series website at http://web.emerson.edu/brightlights
or our Facebook page at http://www.facebook.com/BrightLightsEmerson.
View the season’s trailer at http://www.facebook.com/BrightLightsEmerson/videos/1441207405992537