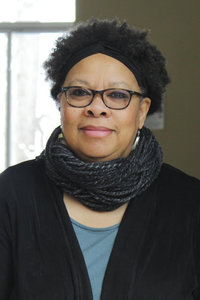 Gretchen Sorin will show clips of and discuss the documentary "Driving While Black: African Americans on the Road in the Era of Jim Crow." Gretchen serves as the Senior Historical Advisor to the documentary and is the Distinguished Professor and Director of the Cooperstown Graduate Program.

Gretchen Sullivan Sorin holds a BA degree from Rutgers University in American Studies, an MA in Museum Studies from the Cooperstown Graduate Program, and a PhD from Albany University in history. Dr. Sorin has more than thirty years of experience as a museum consultant working for more than 250 museums. She has served as an exhibition guest curator for many exhibitions including the nationally acclaimed traveling exhibition, Bridges and Boundaries: African Americans and American Jews for the Jewish Museum in New York and Wilderness Cure: Tuberculosis and the Adirondacks for the Adirondack Museum. Dr. Sorin writes and lectures frequently on African American history and museum practice. Her books include Touring Historic Harlem, Four Walks in Northern Manhattan with architectural historian Andrew Dolkart, In the Spirit of Martin: The Living Legacy of Dr. Martin Luther King, Jr., Through the Eyes of Others: African Americans and Identity in American Art and Case Studies in Cultural Entrepreneurship: How to Create Relevant and Sustainable Institutions. She is currently working with Ric Burns and Steeplechase Films on a documentary film on African Americans and the automobile and travel during the era of Jim Crow.

This event is the final program in the three-part “Undermining Racism” series, which presents thoughtful examinations of people who found ways to navigate, undermine, and change a system designed to limit African Americans’ rights to life, liberty, and the pursuit of happiness. Join us on January 31 for a lecture on Martin Luther King, Jr.’s ethical and political thought by Assistant Professor of African and African American Studies Brandon M. Terry and on February 7 for a screening of the documentary Fair Game: Surviving a 1960 Georgia Lynching and a discussion with filmmaker Clennon King.