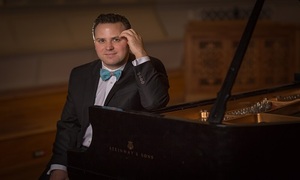 Enjoy a poetic, intense and dream-like program solely dedicated to the grand Romantic composer, Robert Schumann and some of his most outstanding works for solo piano.

Described as "extremely sensitive playing" and performing "dream-like concerts," Clemens has appeared in concerts throughout the US, Europe and Asia. Concerts in the New England area included venues such as Rockport's Shalin Liu Performance Center, the Newport Music Festival, Boston Athenaeum and others.

Clemens will be available after the concert for a conversation about Schumann's work and interpretation.