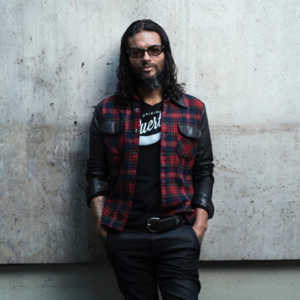 Inducted into the Latin Songwriters Hall of Fame in 2016, the multi-GRAMMY and Latin GRAMMY-winning artist Draco Rosa has received many awards and recognitions for his career as a recording artist and also for his accomplishments as a composer, musician, singer, songwriter, producer, entrepreneur, and philanthropist. Vagabundo, named one of “The 50 Greatest Latin Albums of the Past 50 Years” by Billboard Magazine, was recently re-released on August 10th, celebrating it’s 22nd anniversary. Draco Rosa’s new studio album Monte Sagrado is scheduled to drop on October 26th.