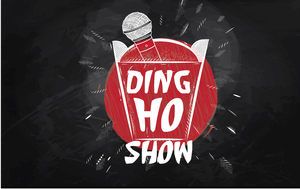 In October of 1979 aspiring comic and New York transplant, Barry Crimmins walked into a Chinese restaurant in Inman Sq., Cambridge, and persuaded the owner to let him try putting on some comedy shows. That conversation led to the inception of the now legendary "Ding Ho Comedy Club," a launching pad for some of the funniest, brightest and most original comic talent in America.

The Boston Comedy Festival is proud to present some of these legendary comedians this year.

Barry Crimmins Crimmins's life and work in comedy and politics are the subjects of a documentary entitled Call Me Lucky directed by Bobcat Goldthwait.
Crimmins shot a special, "Whatever Threatens You", in Lawrence, Kansas for Louis C.K.'s production company Pig Newton.
Crimmins just returned for the Edinborough Comedy Festival where he won the Three Weeks Editors’ Awards 2017. Barry is the recipient of this year's Boston Comedy Festival Lifetime Achievement Award.

Eddie Brill got his start in Boston and has gone on to both perform and book Late NIght With David Letterman. Eddie is a pro who now performs around the world and has too many credits to list here.

Chance Langton has had many national TV appearances as a comedian on NBC, ABC, FOX, SHOWTIME A&E, AND VH1.

Tom Gilmore is one of the original “Ding Ho” comedians where he honed his skills alongside Dennis Leary, Bobcat Goldthwaite, Lenny Clarke, Louie CK and many, many others.

Tony V has appeared on Conan O'Brien and Louie, as well as the films The Heat and World's Greatest Dad with Robin Williams, and much more.