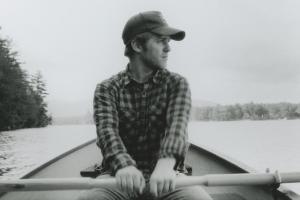 Dietrich Strause’s songs are a mix of timeless melody, literate lyricism, and a "virtuosic command of imagery.” (The Artery, WBUR) Strause released his new album “How Cruel That Hunger Binds” on August 26th, produced by Zachariah Hickman (Ray LaMontage, Josh Ritter), the next benchmark in his steady evolution as one of the most eclectic writers and performers coming out of New England. This collection of songs is found somewhere in the shadows of the likes of Randy Newman, Nick Lowe, and Paul Simon. Strause dropped out of music school, where he was studying classical trumpet, to become a politics major and take up the guitar. But that hasn’t kept him from incorporating his first instrument into the texture of his recordings, or from putting down the guitar to lead his band with just his voice and his trumpet. Recently, he released a collaborative album with The Blue Ribbons.