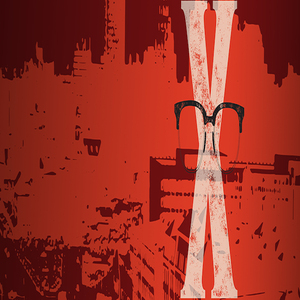 The world forever knows him as Malcolm X, but when he lived in Roxbury, they called him “Detroit Red.” Internationally renowned playwright Will Power combines the accuracy of a historian with the lyricism of a poet to shine a contemporary light on a pivotal coming-of-age moment in the celebrated, controversial civil rights leader’s life.

Boxed in by race and class in 1940’s Boston, he transformed from a rowdy teenager into a street hustler. Detroit Red vividly brings this world to life, depicting a brutally honest, human portrayal of the future activist as he navigates street life and the criminal underworld, taking the first steps in his quest to define the type of man he would eventually become.

Power has been called “the best verse playwright in America” (New York Magazine) and is widely known as one of the pioneers and cocreators of hip hop theater. This world premiere of Detroit Red uplifts Malcolm X’s under-examined, life-shaping experiences as a young man who called Boston home.