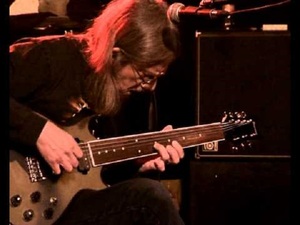 If you love guitars, improv and/or the Blues…

This program is supported in part by a grant from Cambridge Arts, a local agency which is supported by the Mass Cultural Council, a state agency.


“Haverstick nor Catler is just dabbling; they put microtones to more savvy uses than a lot of classical composers.” Village Voice
“…musician, critics and listeners see Haverstick as either a masterful contributor of new music or an abrasive and irritating noise that won’t go away.” Westword
"Formidable fretboard chops and an affinity for the blues." – International Musician
“Bold and daring, Haverstick ventures into distant aural galaxies” Guitar Player
Tuning theory is vast and ancient, and its study and application has opened many areas of exploration for creative musicians. Haverstick has found a new freedom as a player and composer, because he has access to more subtle intervals and the new scales and chords which come from them. Neil is also being recognized for his Oud (i.e. Lute) playing, not to mention Flamenco and Banjo.
In his own words: “(Also) playing Fretless Guitar presents many challenges, but allows me to find new horizons as a composer, including many subtle microtonal shades of colour, unavailable on a tempered instrument. The harmonic series is not an invention of humans, its part of the universal structure”.
https://youtu.be/IIPsHq2nI0o.

https://umbrellapine.bandcamp.com/album/seven
Magdalena Abrego is also the founder of Input/Output, a magazine that strives to showcase female and non-binary artists.

Bios: NEIL HAVERSTICK
Neil Haverstick was born on September 22, 1951, in St. Louis, Missouri, and started playing guitar in 1965, being highly moved by the music of the Beatles, Yardbirds, Cream, and the general musical atmosphere of the 1960’s.

As a guitarist, the Denver Post called him “one of the most sought after session players in town.” Haverstick has performed zillions of gigs, such as playing and recording with the Colorado Symphony, including appearances with Judy Collins, Bernadette Peters, Diahann Carroll, Tommy Tune, Ferrante and Teicher, and Bill Conti. With his own bands, he has opened shows for B.B.King, Steve Miller,and King Sunny Ade; he has also backed up blues greats Jim Schwall and Joe Houston. As a freelance guitarist he has played blues, jazz, classical, country, flamenco, and folk, as well as plays (Man of La Mancha, Grease, Always Patsy Cline, The Last Five Years, and A Dream Play, performed at the Cleveland Playhouse, with noted director Pavel Dobrusky).
As a composer (Micrtonal), Haverstick won Guitar Player magazine’s 1992 Ultimate Guitar Competition (Experimental Division) with a 19 tone piece, “Spider Chimes.” He also won the 1996 arts Innovation Award in Denver for another 19 tone song, “Jimmy and Joe,” and the 1999 Composition Fellowship from the Colorado Council on the Arts. He has 10 CD’s of original music available featuring music in the 19 and 34 tone systems, as well as fretless guitar. His Microstock festival is in its 7th year, and he has performed at concerts in New York, Los Angeles, El Paso, Albuquerque, and Den Haag, the Netherlands. His composition “Mysteries” was published in 2007 by Christine Paquelet Edition Arts (www.paquelet-editions.com).

As an author, Haverstick has written for Guitar Player, Downbeat and Cadence, and has written two music theory books. “The Form of No Forms” was praised by the late studio guitarist Tommy Tedesco, who called it “A great book. I am still learning with Neil.” Jazz giant Joe Pass said, “I feel this book offers a new insight into not only playing the guitar, but music and how to understand it. A real book.” Neil’s “19 Tones:A New Beginning,” is a look at the 19 tone system of tuning which Haverstick has been working in since 1989. His latest is “Harmonics and Spirals, The Code Of Music,”. As an instructor, Haverstick has taught hundreds of students, both privately and in classes. In October, 2004, he taught a seminar on tunings at Berklee College of Music, on the invitation of fusion guitar maestro David Fiuczynski.

Allison Burik: is a saxophonist, clarinetist, improviser, and composer based in Montreal, Quebec. She has performed in festivals, residencies, and concerts in places as far reaching as France, South Korea, Canada, and the US. Though originally from Kansas City, Burik moved to Boston to receive her Bachelors Degree in Performance (2016) at Berklee College of Music, and her Master’s degree in Contemporary Improvisation at the New England Conservatory (2020). Over the years Burik has studied with notable musicians including George Garzone, Joe Morris, Ingrid Laubrock, Ran Blake, Carla Kilhstedt, Anthony Coleman, Frank Tiberi, Bobby Watson, Jaleel Shaw, Shannon LeClaire, and Tia Fuller. Currently, Burik is an active member of the jazz and experimental music scenes in Montreal, and can be found at festivals and concerts throughout the region. https://allisonburik.bandcamp.com/