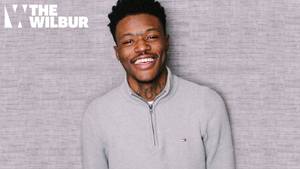 DC Young Fly’s expansive work in the comedy, acting, and digital spheres have made him a standout as an entertainment multi-hyphenate. A comedian, actor, social media influencer, musician and podcast host, DC has proven that innate comedic ability, abundant creativity, and a passion for generating laughter in others can be translated across multiple mediums.

Originally having picked up traction for his hilarious videos on Vine, DC is a hands down fan-favorite amongst today’s generation, currently holding an overall deal with MTV/VH1. He is a veteran cast member of Nick Cannon’s WILD ’N OUT, which is entering production for its 13th season, and has brought the humor to MTV’s TRL (Total Request Live reboot) as one of its main hosts.

On the acting front, his credits include BET’s THE NEW EDITION STORY and Will Packer’s ALMOST CHRISTMAS, in which he plays ‘Eric’ alongside Mo’Nique, J.B. Smoove, and Gabrielle Union. DC also recently played ‘Jaymo’ in Jerrod Carmichael’s new multicam comedy series for FOX, REL. He can next be seen in the Lionsgate Feature Film, TWO MINUTES OF FAME, Nick Cannon’s SHE BALL, and Master P’s upcoming Independent Feature, I GOT THE HOOK UP 2.

As a creator, DC’s original online comedy videos have garnered him a huge following, including over 6.8 million Instagram followers; 1.2 million Facebook fans; 220k Twitter followers, and 20 million views on YouTube. Always a fan of live performances, he tours the country both as a headliner for sold out shows in the stand-up space and as a host of the hilarious 85 SOUTH SHOW podcast.