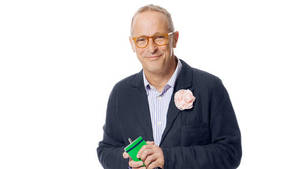 One of America’s pre-eminent humor writers, David Sedaris has sold more than seven million books, which include such comedic classics as Naked, Me Talk Pretty One Day, Dress Your Family in Corduroy and Denim and Theft by Finding. Salon called the master of satire "the prime candidate for funniest writer alive," while the Chicago Tribune says his "droll assessment of the mundane and the eccentrics who inhabit the world's crevices make him one of the greatest humorists writing today.” Join Sedaris at Boston Symphony Hall for an evening featuring new stories and observations, and meet him during the book signing after his talk.