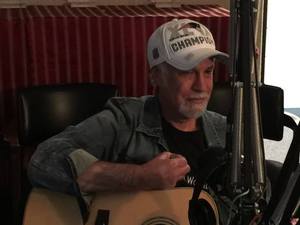 Born and raised a block from the Atlantic Ocean on the South Jersey shore, Craig Sonnenfeld grew up during the folk-boom of the 60's and often would travel to nearby Philadelphia to see and hear artists such as Bob Dylan, Gordon Lightfoot, Tom Paxton, Eric Andersen, Linda Ronstadt and many others.
Singer and songwriter Jon Waterman entertains audiences with a mix of originals and original interpretations of roots-rock, folk-rock and classic rock and blues standards. Influenced by artists such as the Rolling Stones, Gram Parsons, the Grateful Dead, Bob Dylan, Jethro Tull, Johnny Cash, Muddy Waters, Howlin Wolf,