Coolidge After Midnite: 'The Convent' 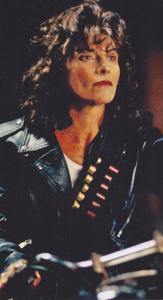 1959. A car pulls up in front of the St. Francis Boarding School for Girls and out steps Christine: young and pretty...and carrying a sawed off shotgun.

She coolly marches into the chapel where the nuns are deep in prayer, blows them away one by one then douses the room with gasoline. With the flick of her cigarette, the room is engulfed. 40 years later the school has been shut down and the building condemned- perfect for local fraternity antics. But when a group of students breaks into the cursed basilica, none of them are prepared for the horror that awaits them in the convent!

Screening as part of the Coolidge After Midnite Award honoring actor Adrienne Barbeau!

After a two week retrospective featuring some of her best known roles, Adrienne Barbeau will join us in-person in December 2 for a 35mm screening og The Fog before recieveing the Coolidge After Midnite Award!