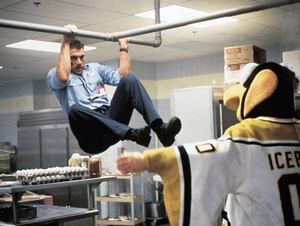 When Darren McCord’s (Van Damme) daughter is suddenly taken hostage during a championship hockey game with a billion dollar ransom, he must frantically create a plan to rescue her and abort an impending explosion… before the final buzzer. Loaded with must-see special effects and stunts, it's a wild ride against time.