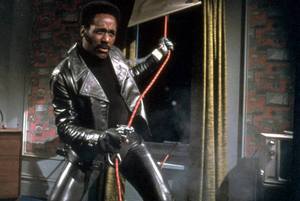 Richard Roundtree plays the smart, tough, confident lead, a private investigator whose hunt for a kidnapped woman puts him in the middle of feuding syndicates. Gordan Parks directs from a screenplay that Ernest Tidyman (that same year's Oscar-winner for The French Connection) co-scripted from his own novel. John Shaft is an icon of change from an era of change. Today, Shaft still tells it like it is.