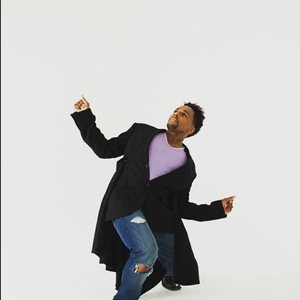 Christopher L. Huggins is a former soloist of the world-renowned Alvin Ailey American Dance Theater and Aterballetto of Reggio Emilia, Italy. Originally from Boston, Massachusetts, Huggins trained under the tutelage of Andrea H. Major, the late Danny Sloan, and Martha Armstrong Gray. He attended the State University of New York at Purchase, the Juilliard School at Lincoln Center, and was a Fellowship Scholar at the Ailey School.

Huggins, a much sought after choreographer, has created commissioned ballets for numerous companies including Philadanco!, Cape Dance Company (Cape Town, South Africa) Ailey II, and most recently in 2010, a world premiere for the Alvin Ailey American Dance Theater, “Anointed.”

He is a 2002 and 2008 recipient of the 'Alvin Ailey Award' for Best Choreography from the Black Theater Alliance in Chicago for his works 'Enemy Behind the Gates' for Philadanco and 'Pyrokinesis' for Gus Giordano Dance Chicago.

He is a Critics Choice award recipient for his choreography of the musical “The Wiz” with Dallas Theater Center in Dallas, Texas and a Field of Dance Award recipient from The International Association of Blacks in Dance for his dedicated service to dance.

Huggins is currently serving as resident choreographer at Duke Ellington High School of the Arts in Washington, D.C. and choreographer in Cape Town, South Africa where he recently set “Bolero” on Cape Dance Company.