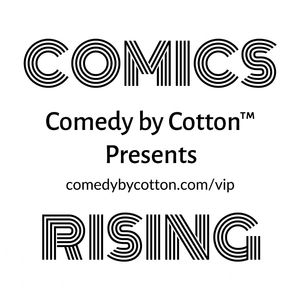 Brace yourself for belly busting laughs on Saturday, March 28th. Comics Rising presents comedians who have broken barriers on both local and international levels. These touring and upcoming phenoms are rising through the ranks with their unique and impeccable stand-up; widening the road to success for others. They have featured in some of the world's most prestigious stages such as the North Hollywood Comedy Festival, World Series of Comedy Festival, Boston Comedy Festival, Black Women In Comedy Festival and more. They have been seen on Comedy Central, Lifetime, Bravo, and TV One. Come witness this historic event as the best in stand-up come together to elevate the culture. Text "RISING" to (857) 267-3294 for 25% off when you purchase your advance tickets.