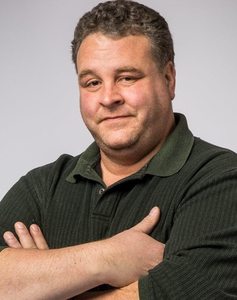 Steve Bjork has made his reputation for being clean and one of the funniest comedians in all of Boston. Join him and some of his funniest friends at the Lo Kai Restaurant on Saturday, December 28. Showtime is 8 p.m and tickets are $20 online or by calling (800) 838-3006. Also featuring host Dave Rattigan, Francis Birch, and Sal Votano.

Rattigan's CD has been played on Sirius Satellite Radio and various radio stations and podcasts. In addition to top clubs and theaters, he has appeared on commercials and on the syndicated Steve Katsos Show, and has written humorous pieces for publications including The Boston Globe, Northshore magazine, and The Christian Science Monitor.

Builder, businessman and comedian Sal Votano has established himself as a top Boston comedy talent, regularly performing with top comedians like Steve Sweeney and Lenny Clarke. His one-liners about growing up in Lynn, marriage, being a builder and owning a liquor store are hysterical.

Birch is making a comedy comeback after half a decade. Born into a robust Italian/Native American family with five older brothers and sisters, the runt of the litter has grown up and married and now has a clan of his own.