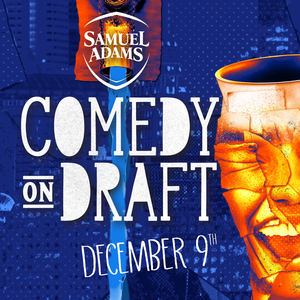 Welcome to our new Comedy Series at the Downtown Boston Taproom! Our next show is Thursday, December 9th at 8PM.

Taking the stage in the Sam Adams Taproom Beer Hall - Comedy On Draft is serving up a fresh flight of Boston Comedy in the heart of Downtown Boston. Not to be confused with an open mic night - our lineup of experienced, local comedians are ready to make you laugh all night long.