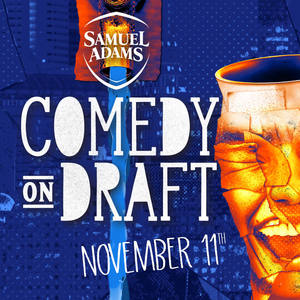 Welcome to our new Comedy Series at the Downtown Boston Taproom! Our inaugural show is next Thursday November 11th at 8PM.

Taking the stage in the Sam Adams Taproom Beer Hall - Comedy On Draft is serving up a fresh flight of Boston Comedy in the heart of Downtown Boston. Not to be confused with an open mic night - our lineup of experienced, local comedians are ready to make you laugh all night long.