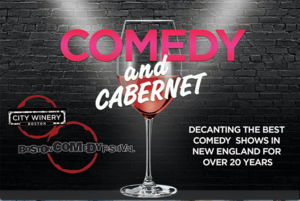 Chris Zito has spent the last thirty years sharing his obsession with his family with comedy fans and radio listeners all over the country. Chris is a mainstay of the early Boston Comedy scene, eventually making appearances on Comedy Central, USA Network, A&E, and NESN. Chris Zito grew to love radio and landed on the JR in the Morning Show on WZOU in Boston in 1991. Chris Zito's audiences are always acutely aware of what he holds most dear. This honest and open presentation is what makes such a strong connection between Chris and whoever sees him perform.

Liam McGurk is a Massachusetts-bred comic based in Boston. He is well known throughout New England for his laid-back demeanor and cerebral, creative material. He has performed in Thunderfest and Cape Fear Comedy Festival and Rogue Island Comedy Festival. .

Comedian Will Smalley has readily established himself as a powerful LGBT voice in the comedy scene. A purveyor of the silly-arts and dude-lover extraordinaire, Will is a former finalist in the Boston Comedy Festival and was most recently featured in the Bridgetown Comedy Festival in Portland, OR.