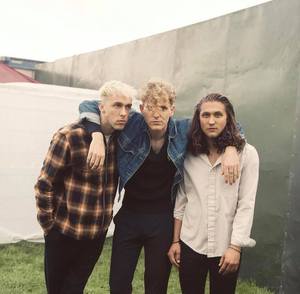 Never over-confident, COIN’s contagious exuberance braces every track. Their acclaimed self-titled debut album was released in the summer of 2015, produced by Grammy nominated producer Jay Joyce (Cage The Elephant, Sleeper Agent), establishing them as a unique band that was here to stay. SPIN described them as ’Dream-pop joy…’ and the overwhelming reaction to their 2016/17 hit “Talk Too Much,” perfectly teed up their second album, How Will You Know If You Never Try, and subsequent album teasers “I Don’t Wanna Dance,” “Malibu 1992,” and “Feeling.” They’ve toured non-stop with acts such as Walk The Moon, The 1975 and others, perfecting their sound and their charismatic live appeal. Billboard hailed them as ‘new wave crash-course survivors,’ destined ‘to break the Nashville mold.’ 2019 will see the release of their third studio album via Columbia Records.